During her nightly escapades Hemel searches for the difference between sex and love. Sometimes she leads, sometimes the men with whom she sleeps. The most important person in Hemel’s life is Gijs, her father, who works in an auction house. After the early passing of her mother Hemel grew up with him alone. Just like Hemel, Gijs is restless and isn’t committed to anyone except for his daughter. This changes when Gijs falls in love with the young auctioneer Sophie. 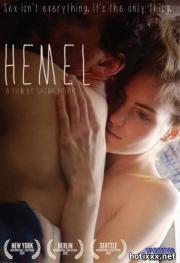