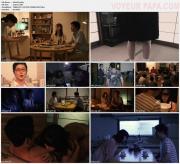 The second erotica queen! The main character Haruka is played by Reiko Nagaoka, an active gravure idol new actress. Takeyuki Yue, a talented actor who is very active in TV dramas and variety shows, as Haruka’s opponent, Tabata. Midori Ezawa was selected to star in “When I Love You, When I Love You” directed by Takahisa Zeze in the role of her far older sister, Sayaka. The director made his debut as a movie director at the age of 23, and Hidekazu Takahara continues to play an active role in a wide range of fields, from romance movies to bad V-cinema, as well as television, documentary, and music videos. Draws a pure love between a dull man and a pure idol. ――Haruka (Reiko Nagaoka) is active as a mid-sized gravure idol, and the manager suggests that she play a role with a love scene in her starring movie. She’s happy with the movie offer, but much more has a complex in her chest and should she accept it?