At the Mailer House, the great Pharaoh Usermare returns to a nearly empty wake, void of guests. He is met by Hathfertiti, who reveals that she is his daughter. Usermare is disappointed that Hathfertiti has spent her life enabling Norman, a mortal, in his quest for everlasting life. Hathfertiti rejects her father, defending her belief in magic and her dedication to Normans mysticism. Norman II has taken rest in the River of Feces; knowing he must soon transform into a new body, he prepares to return to Hathfertiti. At a nearby taxi garage in Queens, New York, the spirit of Norman III is embodied as a 2001 Ford Crown Victoria Police Interceptor. In the service station, parts of the Crown Victoria are gilded in preparation for the coronation of a new king. In a flashback to a ritual at a drydock at the Brooklyn Navy Yard, Horus (Brennan Hall) and Set vie for the crown. The drydock is filled with exuberant young Brooklynites and the arena is set for an epic bout. Simultaneous battles ensue at the taxi garage between two mechanics, and between the garage manager and her lover. Back at the Mailer House, Usermare holds court as Horus and Set are judged by the Council of the Gods; both Horus and Set feel that they have won the fight. As the verdict draws near, Isis intervenes, enabling her son to take the crown. Hathfertiti (Ellen Burstyn) has grown older, having since sent Norman II through the portal towards his resurrection. She is now nearing the end of her life. Usermare pleads with Hathfertiti to abandon Norman and embrace her royal inheritance before she passes. Hathfertiti again rejects Usermare, declaring her allegiance to the energy of the earth and the pursuit of magic. Hathfertiti returns to the bedroom and falls into a deep and final sleep. Usermare, destroyed by his daughters rejection, commits a spiritual suicide, severing his ties to his family and to his past. In the upper floors of the Mailer House, Norman III (Chief Dave Beautiful Bald Eagle) has emerged. Without Hathfertiti he is lost. After a brief term, he attempts to reenter the portal, where he becomes trapped, ending the lineage of Norman. Without their charge, the Ka spirits of Norman return to the River of Feces. Act III comes to a close in Idahos Sawtooth Mountain Range, in the depths of Redfish Lake, near the cabin of Ernest Hemingway, where the sockeye salmon make their annual journey from the Pacific Ocean in search of their natal spawning grounds. 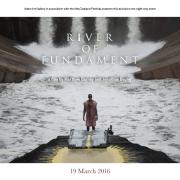